These companies basically own the watch market

Before the quartz crisis there were over 2,000 watch brands and manufacturers in Switzerland alone. For the most part, these did not consist of factories, but of manufacturers who bought movements from other manufacturers and sometimes made their own cases and dials. Numerous watch brands were also based in Germany, especially modern Eastern Germany. After the quartz crisis, this number tanked brutally – to around 600 brands in complete central Europe. Manufacturers such as Arctos, Kienzle or Buler fell victim to Japanese quartz watches.

The salvation for the high quality Swiss watch industry came through a focus on the quality and craftsmanship of mechanical wristwatches. During this time, many manufacturers merged and many more were taken over by large companies. Today there are mainly three large corporations that split almost all well-known watch brands among themselves. Besides Rolex, Breitling and Patek Philippe, there are only a few brands that are still independent of luxury companies today.

One of the largest corporations is the “Big Three”, consisting of the Swatch Group, LVMH and Richemont. In addition, the French luxury group Kering has some watch brands in its portfolio, but these are not significant compared to the big three others. Today, Swatch, LVMH and Richemont together account for more than a third of total global watch industry sales. In this post we introduce these three watch and luxury companies.

When the Swiss watch industry fell to the ground at the beginning of the 1980s, it was Nicolas Hayek who breathed new life into the ailing industry. As a strategic advisor to the watch conglomerate SSIH, he initiated the merger with the factory manufacturer ASUAG, which later became the legendary Swatch Group. This laid the foundation for the revival of the Swiss watch industry after the quartz crisis.

The Swatch Group has brands from every price and performance class. The luxury manufacturers Blancpain, Breguet and Glashütte Original as well as Omega make up the upper spectrum. Longines and Rado are in the middle class. With Swatch, Certina, Hamilton and other manufacturers, the group also offers some brands of interest for beginners.

The Swiss group, based in the canton of Geneva, was founded in the late 1980s and is now one of the largest and top-selling luxury groups in the world. With almost 30,000 employees worldwide, Richemont is represented in every market in the world. The group mainly focuses on upper-class and high-end luxury watches. Not only watch brands, but also manufacturers of clothing and accessories are controlled by Richemont.

Of the three big watch companies, Richemont is the youngest. Through excessive acquisitions and aggressive forays into the Asian market, the company has built a considerable reputation and a wide range of luxury brands in a very short time. Among others, especially the brands IWC Schaffhausen and Panerai do belong to the Richemont conglomerate today.

Like the Swatch Group, Richemont has a few brands to offer in almost every segment. However, there are no classic entry-level brands here. At the bottom of the flagpole is the middle class manufacturer Baume & Mercier. In the luxury segment, the IWC and Cartier brands are primarily responsible for a large part of the Group’s sales. In the high-end sector, A. Lange & Söhne, Roger Dubuis and Vacheron Constantin are world-famous and traditional watch manufacturers with a high reputation and quality standards.

The LVMH (LVMH Moët Hennessy – Louis Vuitton) group, based in Paris, is a global luxury group that is world-famous primarily for its core brand, Louis Vuitton. Here you can find numerous luxury brands for practically every product segment. From jewelry to leather goods to bags and watches – there is hardly a luxury product that is not produced by one of the more than 70 brands in the LVMH Group. With over 100,000 employees, LVMH is by far the largest luxury company in the world.

In the watch sector, LVMH is rather marginally represented. There are mainly three brands here, which, however, generate a considerable proportion of the Group’s sales. For beginners there is Tag Heuer, which offers watches in every price and performance class. The brands Hublot, Zenith and Bulgari are represented in the luxury segment. Above all, these offer high-quality mechanical watches that are aggressively advertised and often sold in numerous limited versions.

Kering – the fourth in the league

Even if the French company Kering is actually not a watch company, there are two brands that should be clearly highlighted here. The watch division of Kering belongs to the Sowind Group within the corporate structure. The brands Girard Perregaux and Ulysse Nardin are world-famous and play in the luxury class. The middle class is served by the Jean Richard brand, which in turn is a subsidiary of Girard Perregaux.

Got a question or an opinion for this article? Share it with us! Cancel reply 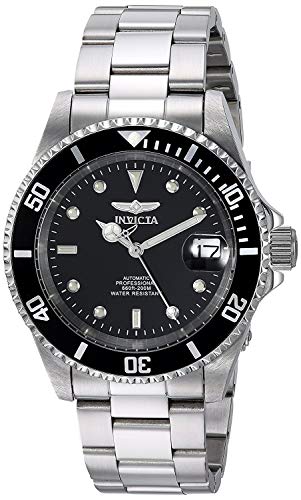 From our watch blog

Home » These companies basically own the watch market